Is your chicken laying tiny eggs?

Tiny eggs: The beginning or the end?

If you’ve had chickens for a while, you will have gone out to collect the eggs only to find a tiny egg. Not just a small egg, but a tiny egg that makes all of the normal-sized eggs look giant.

There are a lot of myths surrounding tiny eggs. You can tell by the weird and wonderful names such as fairy egg, witch egg, cock egg (as in laid by a rooster) and fart egg (what would happen if a hen farted).

Some old-time chicken keepers swear that tiny eggs indicate the beginning of the end – that a laying hen is reaching the end of its laying life. While other people say tiny, fairy eggs are most common when hens are just beginning to lay and even call them “practice eggs”.

So what are tiny eggs? And what do they mean?

How small is a tiny egg?

Different chicken breeds lay different-sized eggs. Obviously the egg of a bantam is smaller than an ISA Brown or Rhode Island Red egg.

Egg size also increases as chickens get older. So a hen just starting to lay will produce a smaller egg, usually by 10-20 g, than a 1-2 year old hen.

But tiny eggs or fart eggs are much smaller than a normal egg for that breed and age. They are often 20-30 % of the size.

Some tiny eggs are even smaller. One of our customers found an egg that weighed just 3 grams in her coop! A normal egg is usually 50-60 grams. 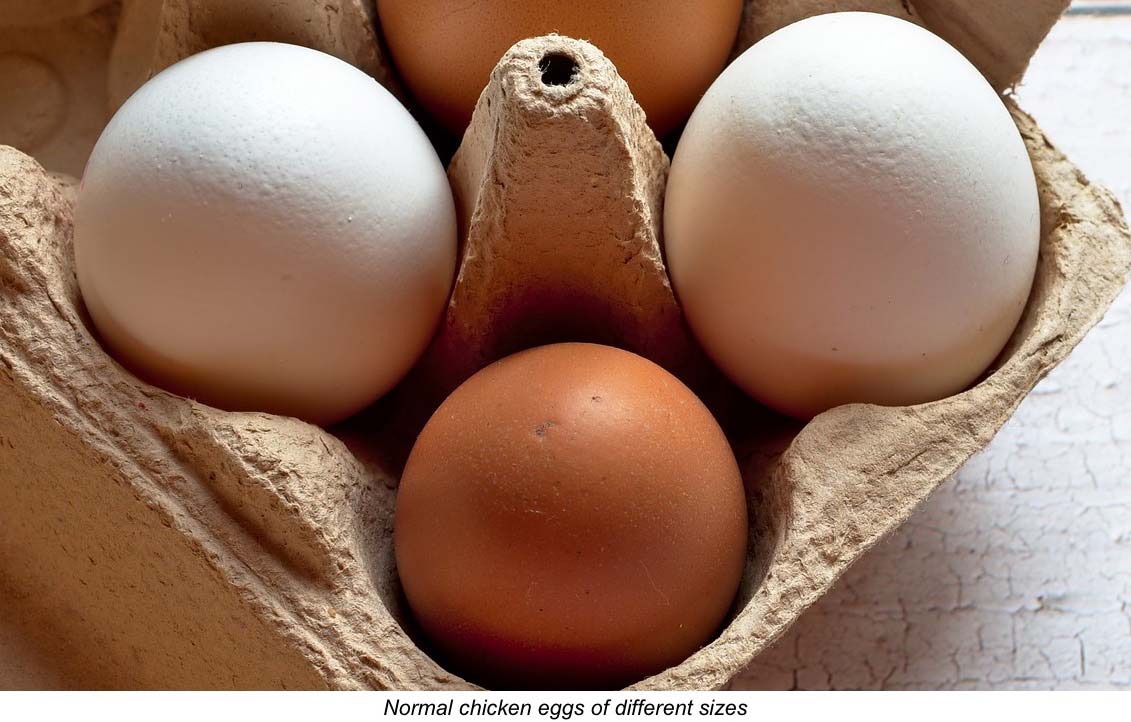 Tiny eggs are essentially a reproductive misfire. They occur when an egg is formed by mistake, without a normal yolk inside. Yolk size determines egg size, and fairy eggs rarely have a proper yolk.

Usually, a tiny egg is formed when a piece of tissue or blood in the oviduct accidentally stimulates egg creation. The egg that is formed has no yolk inside because there was never one to begin with.

Sometimes a tiny egg does have a small yolk or, more often, pieces of yolk, inside. This usually occurs when the yolk breaks while the egg is being formed. Most of the yolk will be absorbed back into the body, and the remains form the centre of the tiny egg.

Why do chickens lay tiny eggs?

Chickens can lay tiny eggs for a number of reasons.

It is common for pullets (young birds) that are  laying for the first time to produce funny eggs, and especially tiny eggs. These tiny eggs are often called practice eggs. They occur because the reproductive system isn’t fully functioning yet. Some pullets may produce a perfect egg on their first try, but tiny eggs are a normal occurrence in hens that are just starting to lay.

Hens of any age can produce tiny eggs when their reproductive system is ‘upset’. Anything that causes stress can also cause a tiny egg, including an environmental change, extreme weather, predators and even a change in diet. Hens may also produce a tiny egg or two when they are coming back into lay after moulting or being broody.

A hen’s last few eggs may also be tiny, so in an older chicken a tiny egg can be a sign of the beginning of the end. But then,  chickens can continue laying well into old age so a tiny egg isn’t necessarily a sign of decline. 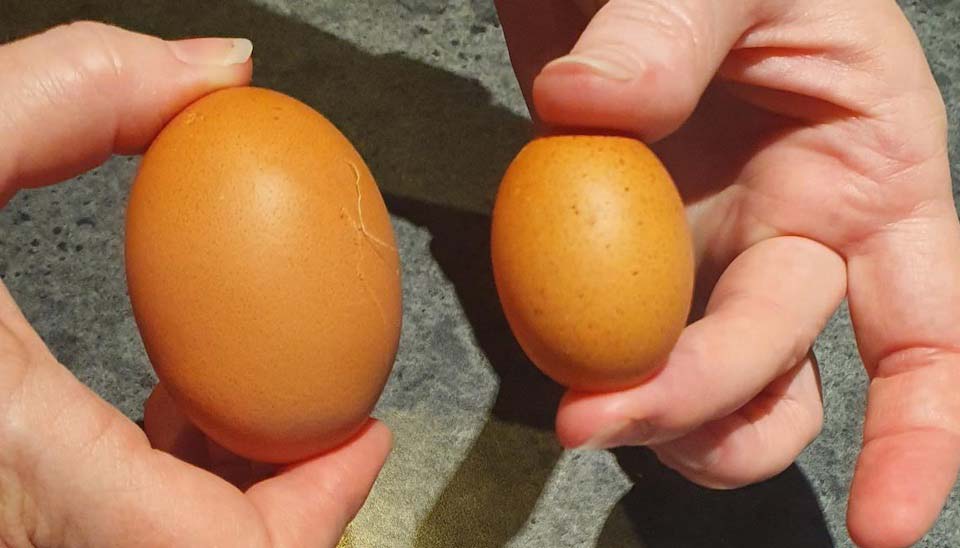 Are tiny eggs a problem?

When they occur occasionally, tiny eggs are not indicative of a problem.

In pullets, a few tiny eggs in a row is not a concern as long as the hen in question eventually begins producing more normal-sized eggs.

In any other hen, however, regular or consistent tiny eggs definitely indicate a problem. It is most likely a reproductive problem but tiny eggs can also be linked to diet and disease. If your chicken is laying tiny eggs on the regular, it is best to consult a poultry veterinarian.

Can you eat tiny eggs?

Tiny eggs are perfectly safe to eat. They are just smaller than normal eggs.

Because they don’t have any yolk and are so small, tiny eggs can also be dried out easily. Simply wash the egg and leave it to air dry. As long as there isn’t a yolk, the egg will eventually dry out completely and you can use it as proof of the weird wonders you can’t get in a supermarket egg carton!

Would you like to learn more about egg laying?

Rachael at Dine a Chook Australia